Alda Merini (March 21, 1931 – November 1, 2009) was a renowned Italian writer and poet. She was born and died in Milan.
Alda Merini started her poetic career when she was really young and soon she gained the attention and the admiration of many famous Italian writers, like Giorgio Manganelli, Salvatore Quasimodo and Pier Paolo Pasolini. Her intense, passionate and mystic writing style was influenced especially by the Bohemian-Austrian poet Rainer Maria Rilke.

Her verses are mainly about her long and dramatic hospitalization in mental home (since 1964 to the late 1970s), and the "otherness" of madness in the creative expression. One of her masterpieces is L'altra verità. Diario di una diversa ("The other truth. Diary of a dropout"), Scheiwiller, 1986.

In 1996 Alda Merini was proposed by the "Académie Francaise" for the Nobel Prize in Literature. She received the prize of the Italian Republic in the area of poetry.[1]

The day of her death, the President of the Italian Republic, Giorgio Napolitano, called her an "inspired and limpid poetic voice."
Kliko për ta zgjeruar 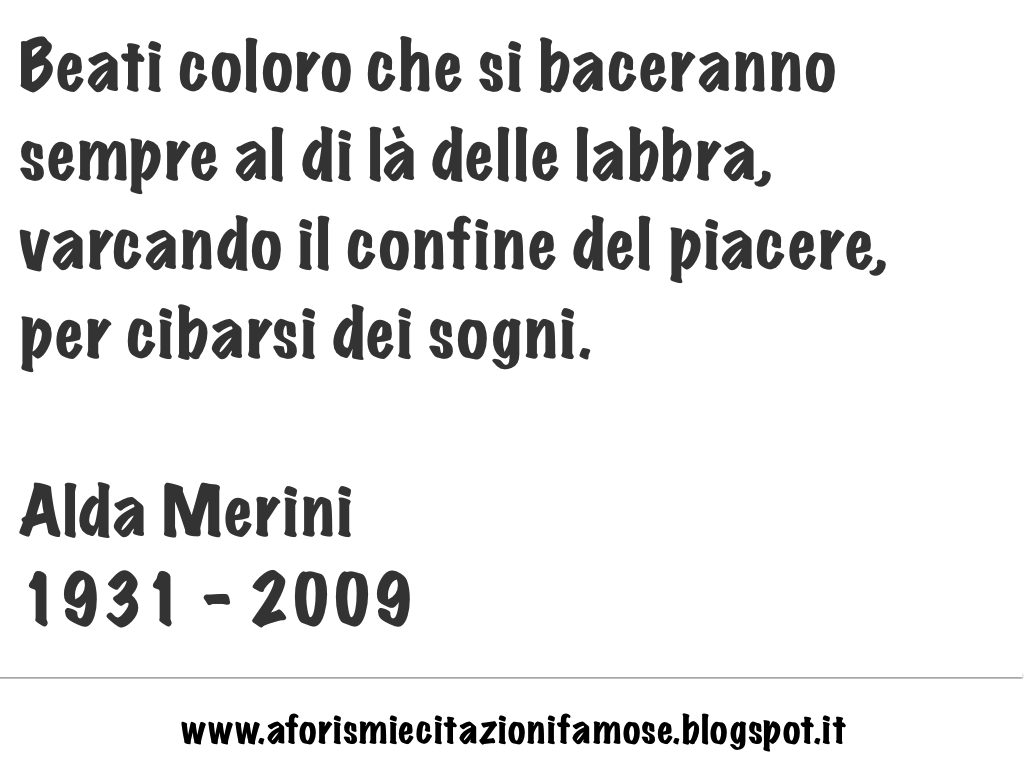