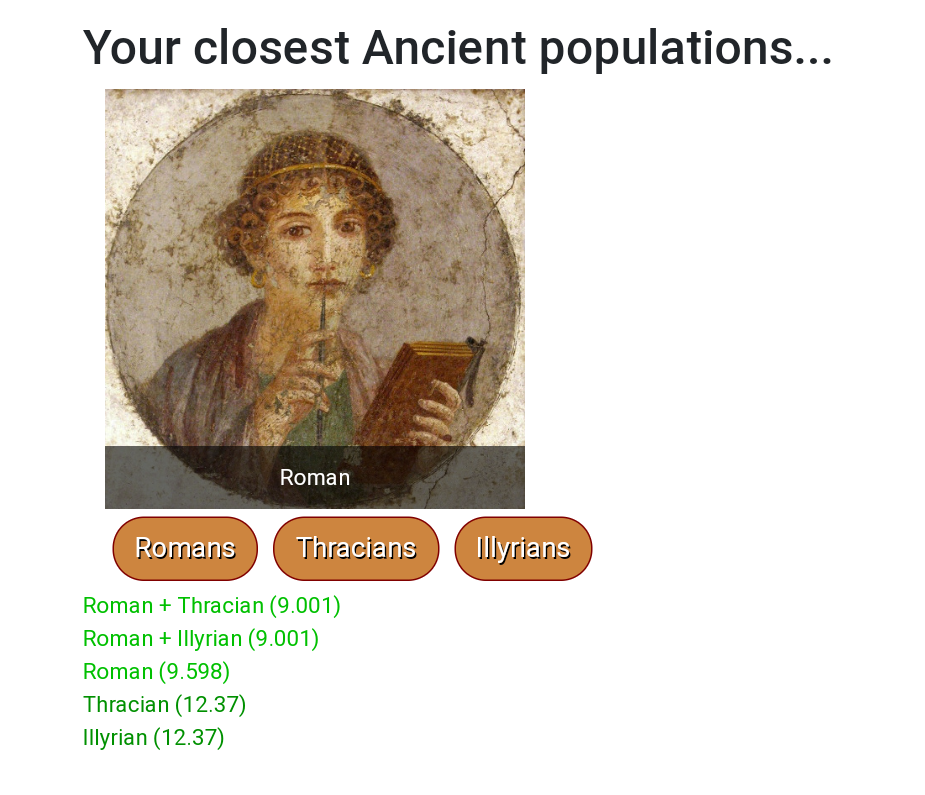 My update is now Roman, Ancient Greek, Thracian. Not sure how trustworthy this site is. For instance I share way to much cm on many chromosomes with the Proto-Illyrian. That is just too long of time for that to be feasible.

Also, I get only 3-5 cm with the Thracian on a couple segments and yet he is before the Illyrian as far as closeness.

Greco-Bactrian is a little further than Thracian and Illyrian for me. Oddly, he is supposedly Asian admixed, and nearly all South Slavs have had him replace Roman in their top 3. Supposedly he was remnants of Macedonians.